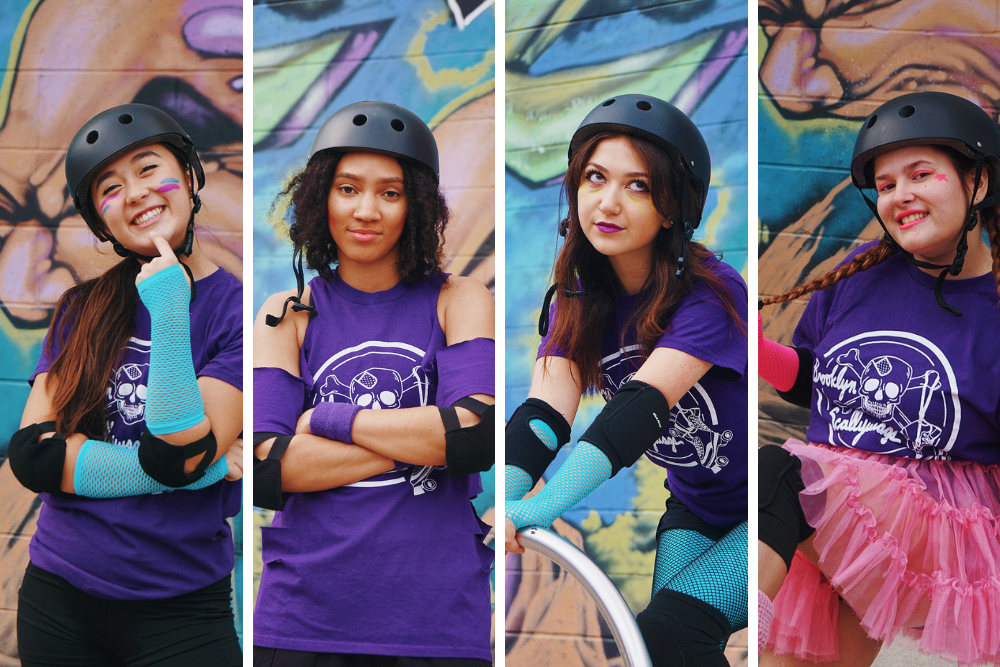 Michigan State University’s Department of Theatre presents For The Love Of (or, The Roller Derby Play) Nov. 11-20 in the Arena Theater of the MSU Auditorium Building. The play, written by Gina Femia, follows the story of derby player Joy who can’t believe when she is invited to join the Brooklyn Scallywags along with the league’s star player, Lizzie Lightning. When bout bruises and… 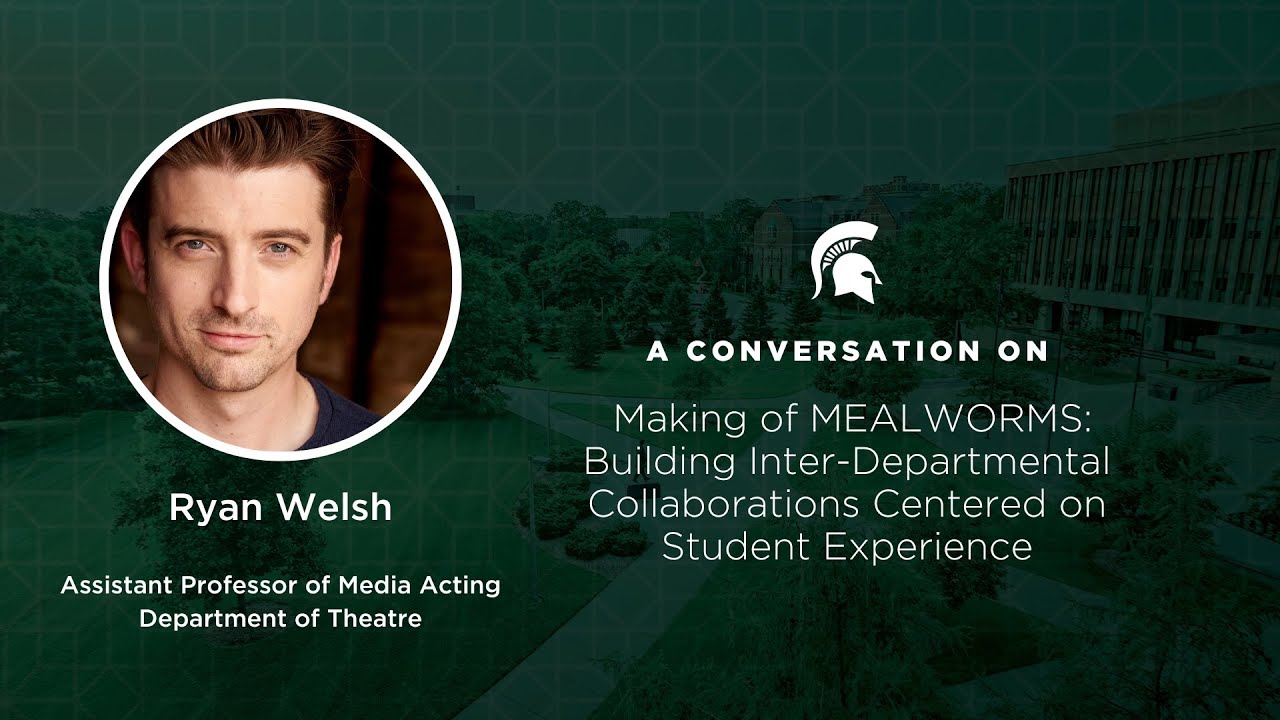 In this Conversations with CAL, Ryan Welsh, Assistant Professor of Media Acting in the Department of Theatre, discusses the making of "Mealworms," a short film created by more than 30 MSU students working together with industry professionals. 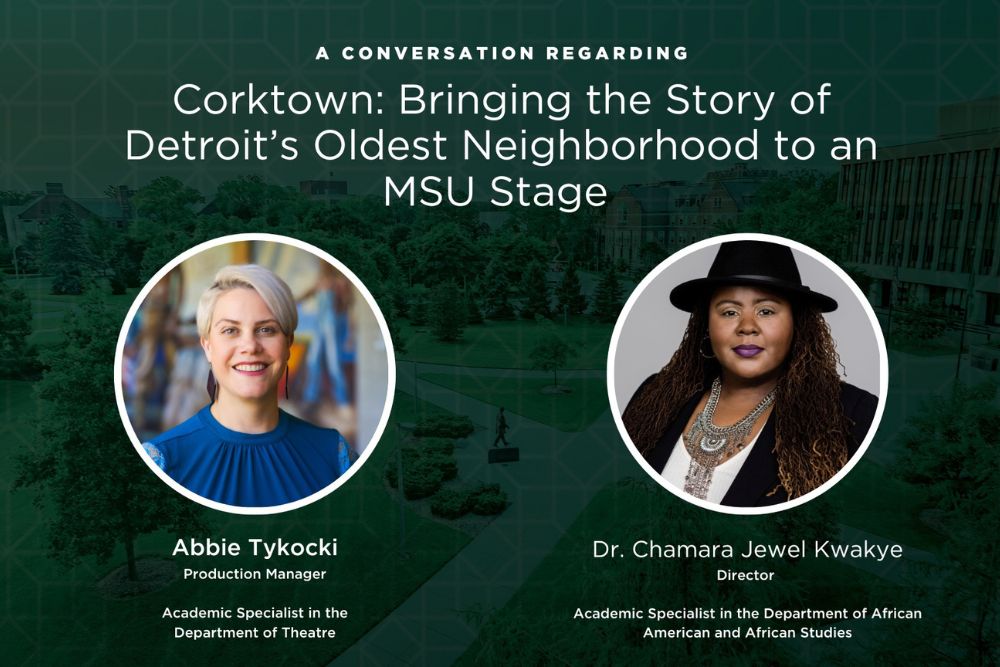 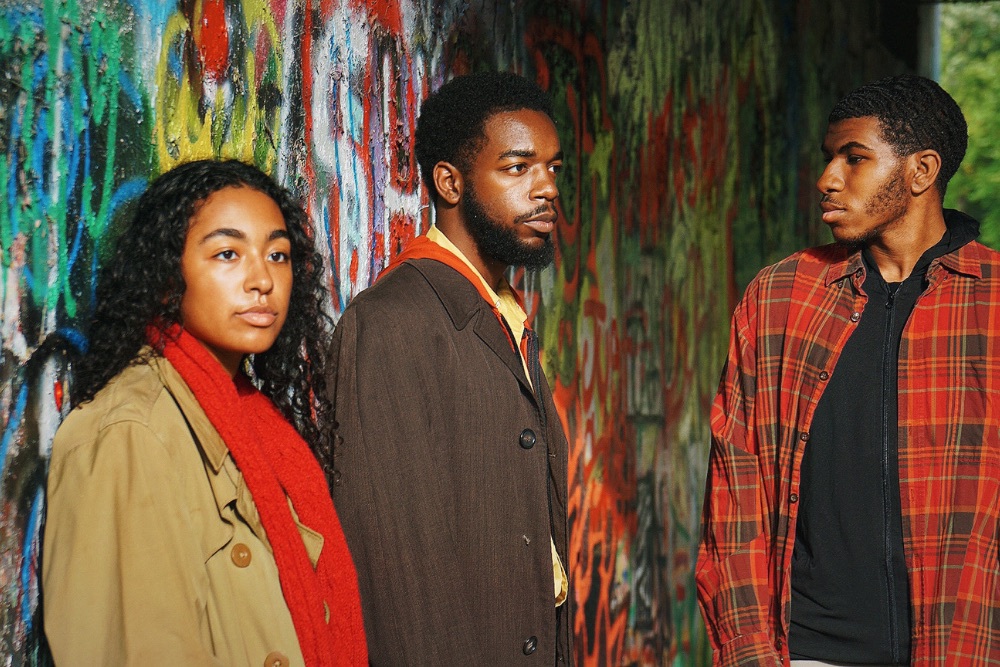 When Michigan State University’s Department of Theatre was looking for someone to guest direct its production of Corktown, Or Through the Valley of Dry Bones, it looked no further than MSU’s Department of African American and African Studies (AAAS) and to Dr. Chamara Jewel Kwakye, Academic Specialist in AAAS, whose vision for the play was fueled by her own background and life experiences. Set in Detroit’s oldest… 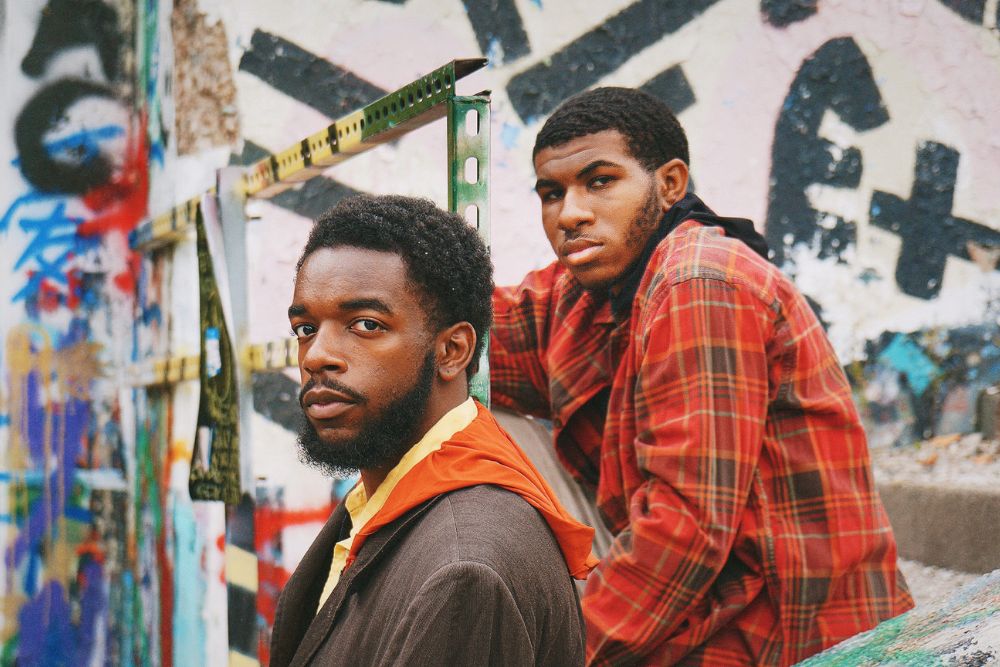 Michigan State University’s Department of Theatre presents Corktown, Or Through the Valley of Dry Bones October 14-23 at the Pasant Theatre in the Wharton Center for Performing Arts.   The play, written by Haitian American playwright Jeff Augustin and modeled after the Thornton Wilder classic, Our Town, centers on Jackee, a 14-year-old boy who takes us on a tour of one of Detroit’s oldest neighborhoods between 2007 and… 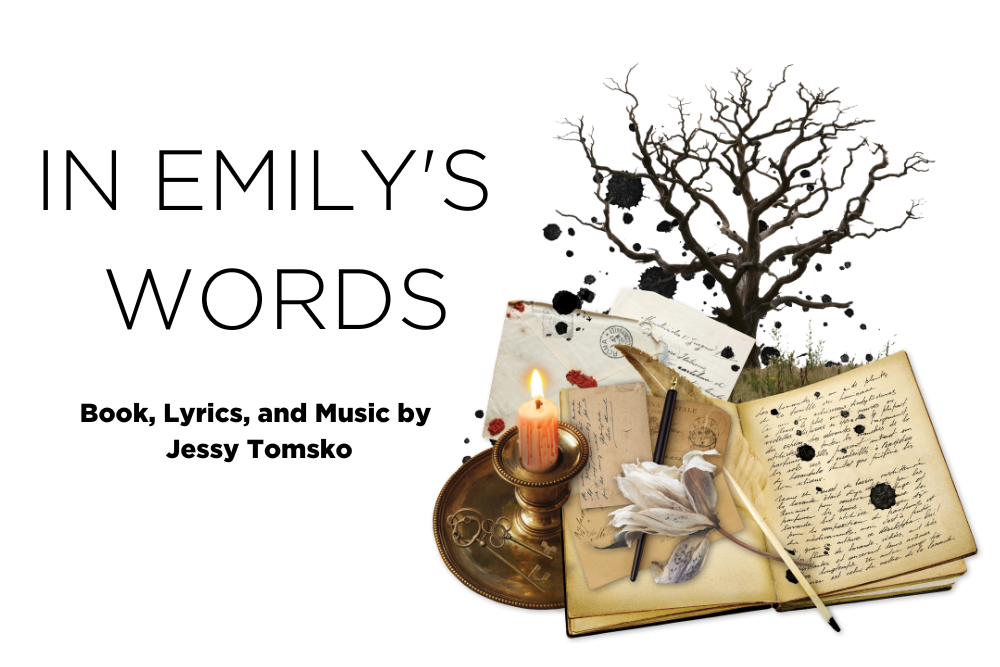 Broadway talent will share the same stage with students from the Michigan State University Department of Theatre and local high schools for the ninth annual ĭmáGen production, a collaboration between Wharton Center Institute for Arts & Creativity, supported by MSU Federal Credit Union, and the MSU Department of Theatre. This year’s ĭmáGen production, In Emily’s Words, is a new musical written by New York City-based composer, lyricist, and… 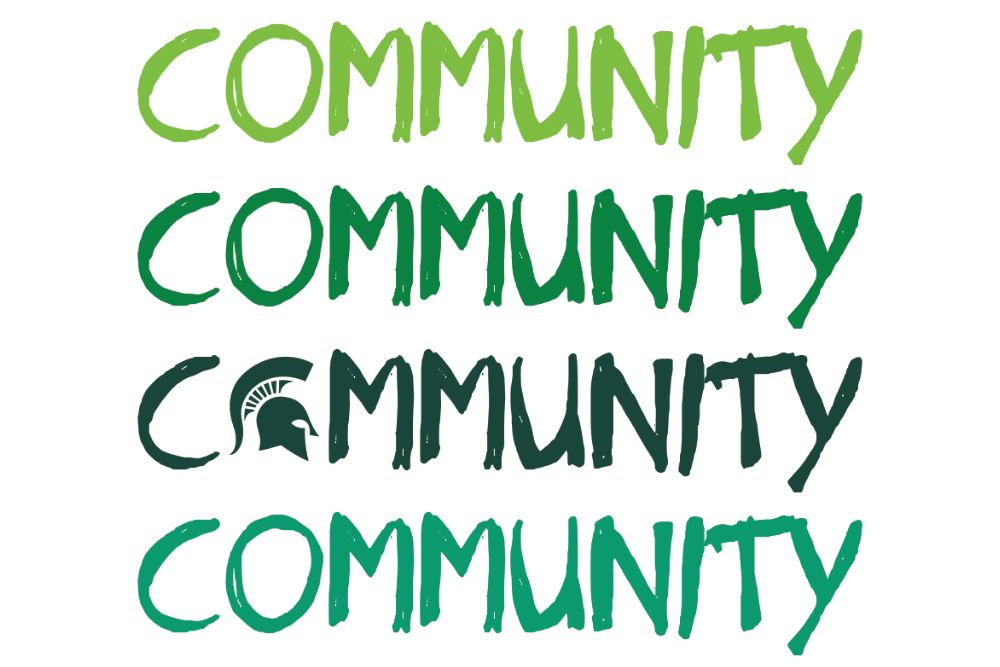 Michigan State University’s Department of Theatre announces its 2022-2023 season, which focuses on the exploration and celebration of community.  “These scripts are intended to provoke discussion and drive our students and audiences to challenge our intellectual and emotional responses to the social conditions in which we live and champion traditions that bind us as neighbors and make us stronger together,”… 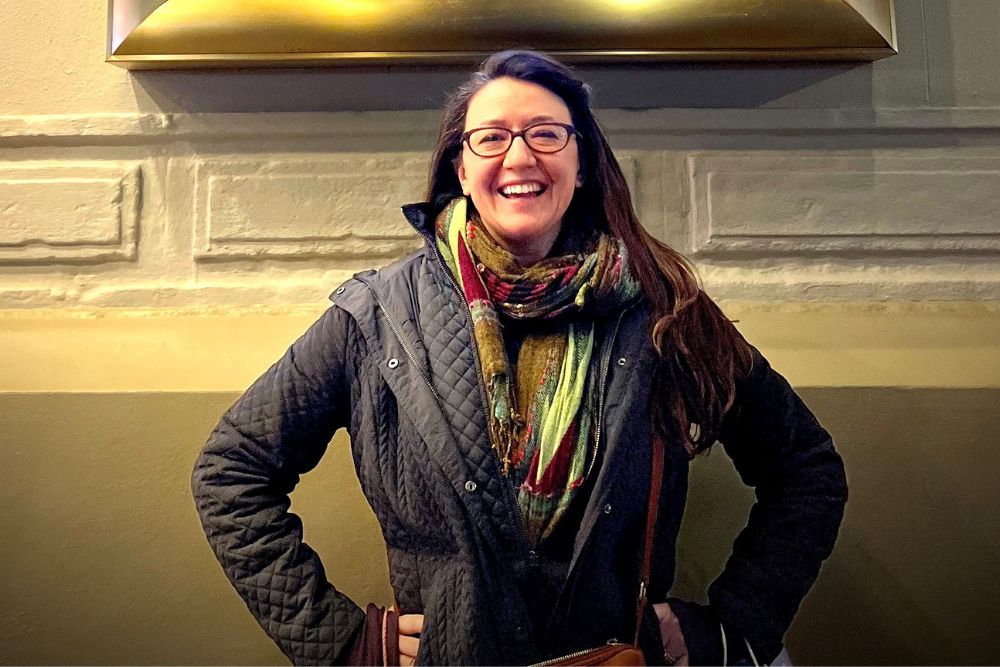 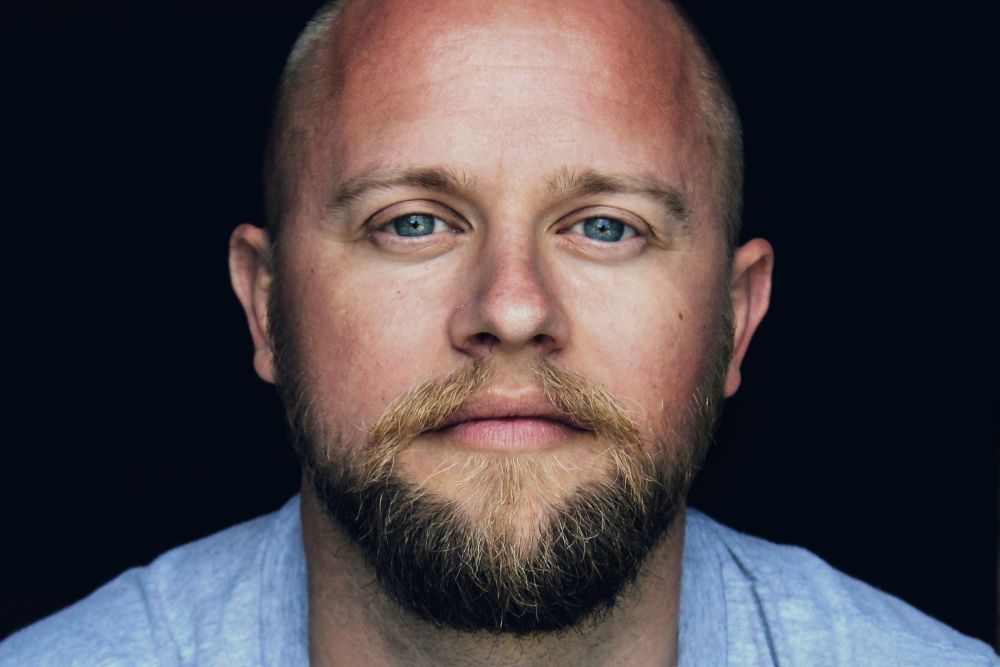 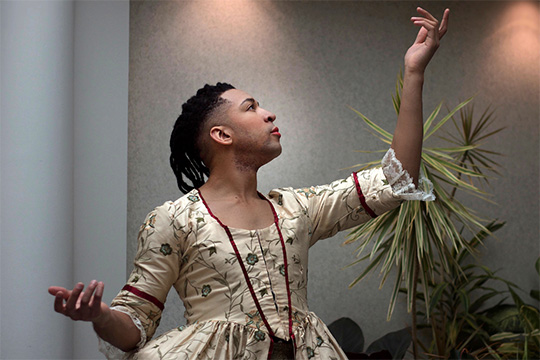