For more than 50 years, faculty research and teaching have remained at the heart of the College of Arts & Letters’ leading-edge arts and humanities education. Each dean has brought their own academic perspectives to the role, representing the diverse fields of History, English, Philosophy, Linguistics, and German Studies. Today, the enduring strengths of the liberal arts—excellent communication, critical thinking, ethical imagination, and global engagement—combine with new and emerging scholarship committed to digital fluency, civic leadership, and innovation. Together, these strengths and scholarship deepen our understanding of the world and address the most complex challenges of our time. And it all began in 1962.

Formation of the College of Arts & Letters

Approved by the MSU Board of Trustees, this recommendation officially formed the College of Arts & Letters on July 1, 1962. Since then, there have been 7 deans of the college.

Past Deans of the College of Arts & Letters 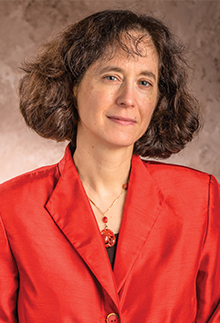 A University Distinguished Professor of Physics in MSU’s Department of Physics and Astronomy and Dean of MSU’s Lyman Briggs College, Simmons served as Acting Dean of MSU’s College of Arts & Letters from 2014-15. A year prior to that she was an American Council on Education Fellow at Yale University during the 2013-14 academic year. She is a particle theorist, whose research focuses on the origins of the masses of the elementary subatomic particles, especially the top quark. She enjoys teaching physics courses at all levels, from introductory to graduate. Part of her mission as an educator is to encourage students from groups underrepresented in physics to consider studies and careers in the physical sciences. Prior to coming to MSU in 2003, she spent a decade as a Professor at Boston University. She earned her undergraduate degree in physics at Harvard University magna cum laude and was inducted into Phi Beta Kappa. She received an M.Phil. in physics at Cambridge University as a Churchill Scholar then returned to Harvard for her doctoral degree and postdoctoral fellowship. 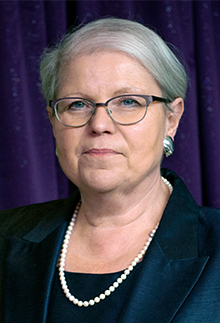 As Arts & Letters Dean, Wurst was instrumental in launching the Creativity Exploratory, a student think tank and maker space, as well as the Center for Language Teaching Advancement (CeLTA). Prior to her appointment as Dean in 2006, she was Professor of German in the Department of Linguistics, Languages, and Cultures, serving as Acting Chair in 2005. She is a founding member of the Global Literary and Cultural Studies research cluster and is recognized nationally for her expertise in graduate student mentoring and engaged learning. Wurst has been Chair of the University Graduate Council at MSU since 2005. She currently is Advisor to the Provost for Intercultural Learning and Engagement, Office of the Provost, and a Professor of German. Her professional academic interests include 18th and 19th century German literature and culture. She is the author of books and articles on the writers J.M.R. Lenz and Gotthold Ephraim Lessing, and on German fashion, entertainment, and consumption during the Classical and Romantic periods. She earned her Staatsexamen (State Examination or Exam by State), the equivalent to a master’s degree, from the University of Tübingen, Baden-Württemberg, Germany, and received her Ph.D. in German Studies from Ohio State University in 1985 before coming to MSU in 1988. 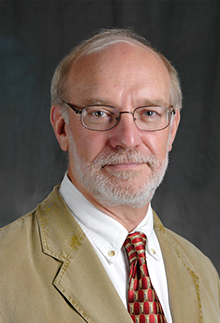 Patrick McConeghy came to MSU as an Assistant Professor of German and Russian in 1977 and was promoted to Associate Professor in 1984 and full Professor in 1991. He co-authored the university handbook evaluating quality outreach, “Points of Distinction,” which won the University Continuing Education Association’s 1998 Innovations Award. That same year, the Michigan Foreign Language Association recognized him as Teacher of the Year. He was the college’s Associate Dean for Graduate Studies and Research from 1993-2003 and Associate Dean for Personnel and Finance from 2002-2004. He served as Acting Dean of the College from 2004-2006, and returned to teaching full time in 2006. His curricular vision led to the reconfiguration of the German undergraduate program and contributed to the program’s designation as a Center of Excellence by the American Association of Teachers of German in 2013. McConeghy retired as a German Professor from MSU’s Department of Linguistics, Languages, and Cultures in 2013, but continues to mentor junior faculty and graduate students in the department. Born in Port Huron, Michigan, McConeghy received his B.A. in 1965, M.A. in 1968, and Ph.D. in 1978, all in German Studies from Stanford University. 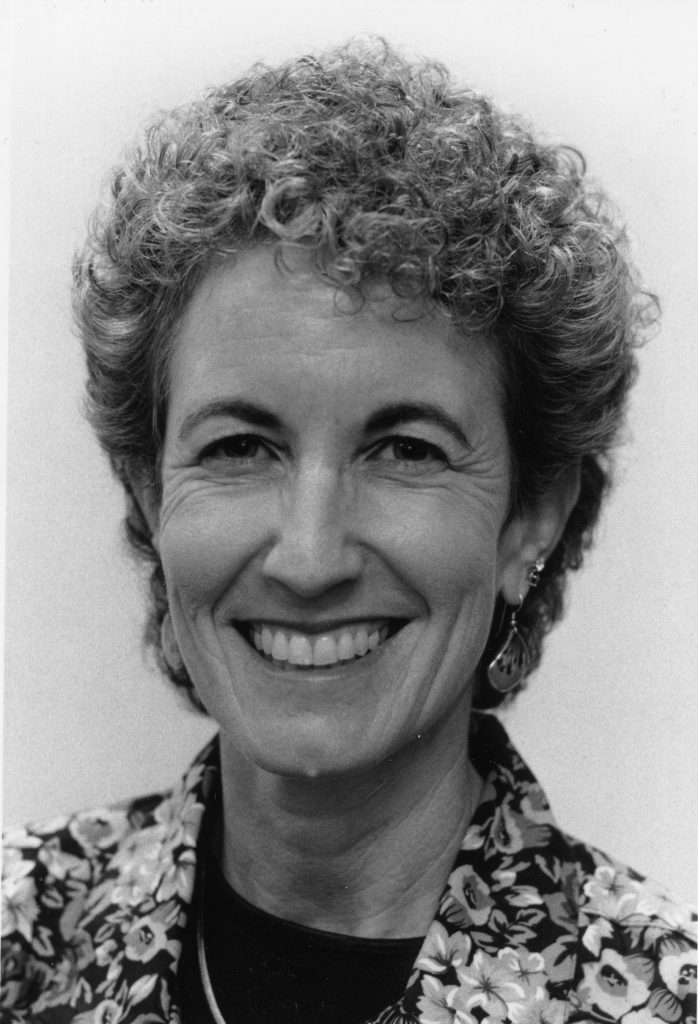 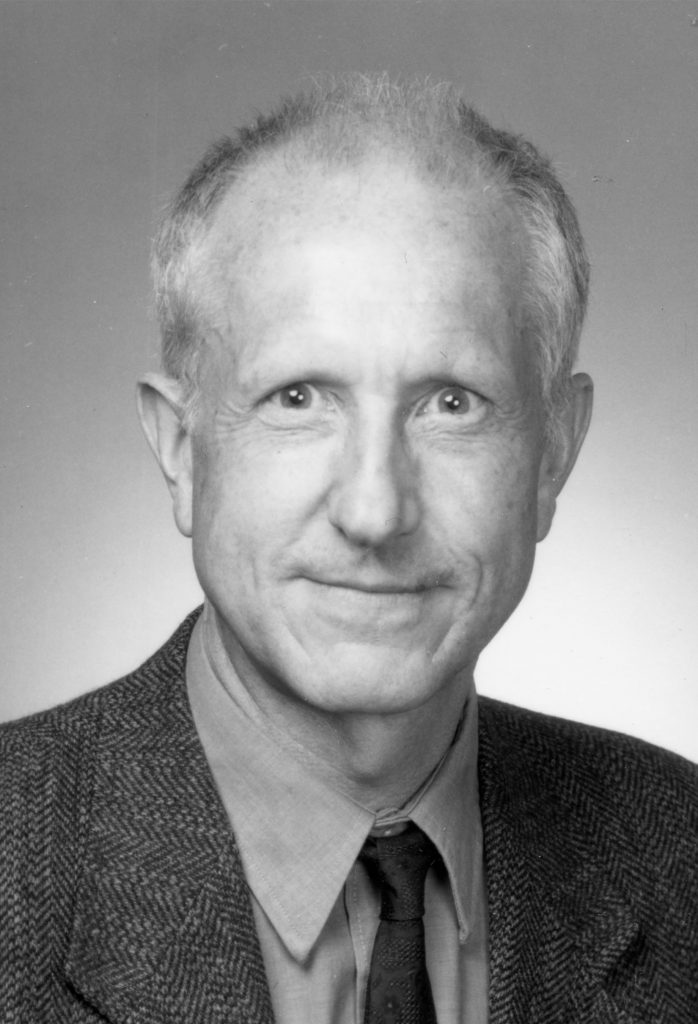 Gordon T. Stewart came to MSU in 1970 as an Assistant Professor and was a lecturer in American and British Empire history at the University of St. Andrews from 1974-75. He was promoted to Professor at MSU in 1983 and served as Chair of the Department of History from 1986-94. As Chair, he played a lead role in internationalizing the undergraduate curriculum by developing new courses in such fields as world history and the history of India. Under his leadership, department faculty and curriculum were transformed to give more voice and power to the history of women and minorities; 12 of 15 new faculty hired were women and/or minorities; and the nationally recognized Comparative Black History Program was launched. Stewart was named Acting Dean of the College of Arts & Letters in 1997 and was honored with MSU’s Distinguished Faculty Award in 2000. His scholarly work spans three continents, having written on topics in the 18th century Atlantic world, 19th century Britain, and 19th and 20th century India. He is MSU’s Professor Emeritus of World History and British Empire History and an authority on British Empire history, specializing in Canada. Born in Newport-on-Tay, Scotland, Stewart received his M.A. in modern history from the University of St. Andrews in 1967 and his Ph.D. in 1970 from Queen’s University in Canada. 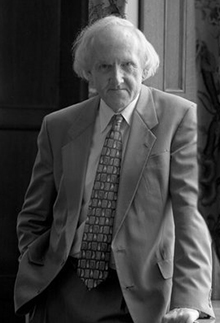 John W. Eadie became the fourth Dean of the College of Arts & Letters in 1986. As Dean, he and the Dean’s Community Council established the Celebrity Lecture Series in 1988. At its 10th anniversary, the series was renamed in his honor. The series continues to attract students, faculty, and community members to hear top scholars, novelists, poets, and creative artists including Arthur Miller, Joyce Carol Oates, E.L. Doctorow, Amy Tan, Maya Angelou, Kurt Vonnegut, Norman Mailer, Judith Jameson, Tom Wolfe, August Wilson, John Updike, Edward Albee, Susan Sontag, and MSU alumnus Richard Ford, among others. Eadie began his career at Wisconsin’s Ripon College as Assistant Professor of History from 1962-63. He moved to the University of Michigan in 1963, where he remained until 1986 and was involved in numerous archeological studies and served on the Executive Committee of the Kelsey Museum of Archeology. He was Associate Dean of the Rackham School of Graduate Studies his final three years at U-M and chaired the Michigan Council for the Humanities from 1977-1980. Born in Fort Smith, Arkansas, Eadie received his B.A. from the University of Arkansas, his M.A. from the University of Chicago, and his Ph.D. from the University of London as a Marshall Scholar. 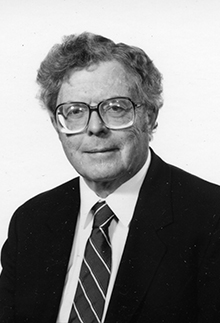 Alan M. Hollingsworth came to Michigan State University in 1967 as Chair of the Department of English and the English Language Center. He promoted reading courses as the responsibility of the Department of English and, by 1971, developed the first university English department graduate program in the United States, combining writing theory, reading theory, and theories of literature. He served as President of the Midwest Modern Language Association from 1969-70 and was a board member of the National Council of Teachers of English from 1970-73. He spoke, read and wrote Chinese and traveled widely in China. The MSU Board of Trustees named him the third Dean of the College of Arts & Letters in March 1979, a position he held until 1986. He retired from MSU in 1988. A California native, Hollingsworth earned his undergraduate, master’s and Ph.D. degrees from the University of California, Berkeley, where he was an instructor of English from 1952-54. From 1954-67, he was on the English faculty of Indiana University and, for a time, served as Assistant Dean for Fellowships and was honored in 1962 with the Ulysses G. Weatherly Award for Distinguished Teaching. 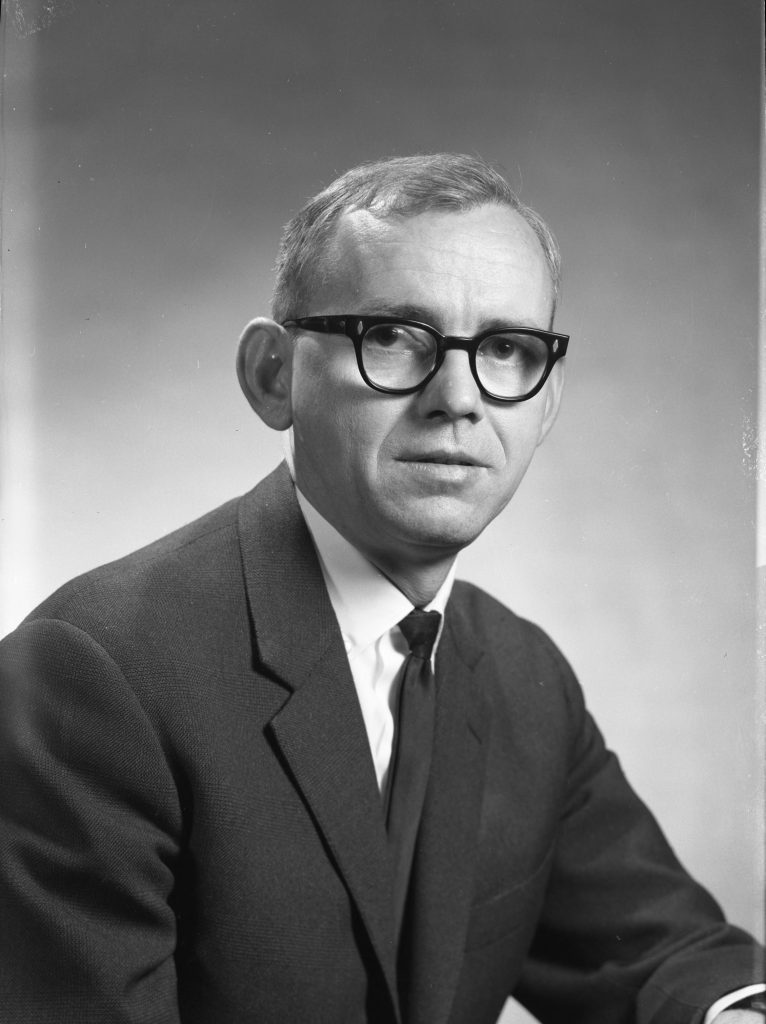 Richard E. Sullivan came to Michigan State University of Agriculture and Applied Science in 1954 as an Assistant Professor and the university’s first specialist in medieval history. He was a Guggenheim Fellow and Fulbright Research Scholar in Belgium from 1961-62 and honored with the MSU Distinguished Faculty Award in 1964. From 1967-69, he served as Chair of the Department of History and was instrumental in improving the MSU Library. He was named the second Dean of the College of Arts & Letters in 1970, a position he held until 1979. Over that same period, he also served as Director of the Humanities Research Center and established the Michigan Council for Humanities in 1974. After returning to teaching, he twice was appointed Acting Associate Provost at MSU from 1982-83 and 1986-87. He retired from MSU in 1988. Prior to MSU, he was a history professor at Northeast Missouri State University from 1949-54. Born in Doniphan, Nebraska, Sullivan earned his undergraduate degree from the University of Nebraska and his master’s and Ph.D. from the University of Illinois. A World War II veteran, he served in the U.S. Army Air Force from 1942-46. In 1985, he received his Doctor of Law degree from Western Michigan University. 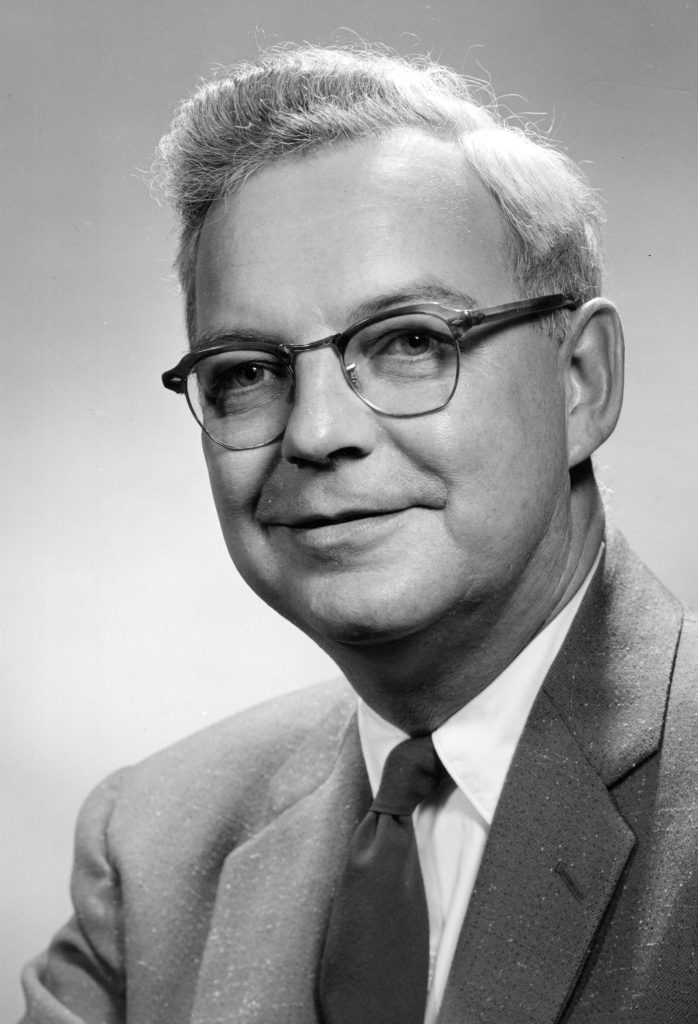 Paul A. Varg came to Michigan State University of Agriculture and Applied Science in 1958 to teach History of American Foreign Relations after serving 12 years as Associate Professor of History at Ohio State. In January 1962, the MSU Board of Trustees appointed him the first Dean of the newly formed College of Arts & Letters, effective July 1, 1962. A leading historian on American-Chinese relations, he was appointed by President Lyndon B. Johnson in 1966 to a panel charged with determining the United State’s relationship with the Chinese government. He remained on the panel until 1969. He served eight years as Dean of the College of Arts & Letters, returning to the classroom in 1970. In 1971, he received MSU’s highest faculty honor, the Distinguished Faculty Award. A native of Worcester, Massachusetts, Varg received his bachelor’s and master’s degrees from Clark University in Worcester and his Ph.D. from the University of Chicago. During Word War II, he served as a censor and in public affairs with the U.S. Navy and was an instructor at the Naval Academy in 1945. In 1955-56, he lectured at the University of Stockholm under a Fulbright grant. Retiring from MSU in 1981, he is annually remembered through the Paul A. Varg Award, an honor bestowed to the Arts & Letters faculty member who has made the greatest contribution to the College.