Our Endowed, Named, and Foundation Chairs & Professors are faculty members with significant experience and accomplishments in their fields. They are leaders in both the classroom and in their respective disciplines, and they have a growing body of research. Throughout their careers, they have built a network of collaborators and a robust research portfolio. Private funding for endowed chairs and grants for named endowments provides the resources they need to further their work, publish their findings, travel to conferences, and create opportunities for promising students to gain real-life research experience. The work they do helps MSU remain a competitive force among other universities and research institutions on a global scale. 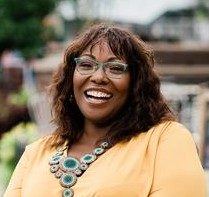 In addition to her appointment as the Audrey and John Leslie Endowed Chair of Literature, Kinitra Brooks is an Associate Professor in MSU’s Department of English. She specializes in the study of Black women, genre fiction, and popular culture and currently has two books in print: Searching for Sycorax: Black Women’s Hauntings of Contemporary Horror and Sycorax’s Daughters. Dr. Brooks served as the Advancing Equity Through Research Fellow at the Hutchins Center for African & African American Research at Harvard University and as the Ricardo K. Romo Endowed Professor in the Honors College at the University of Texas at San Antonio, where she also completed a postdoctoral fellowship. She has a Ph.D. in Comparative Literature from the University of North Carolina at Chapel Hill and a B.A. in English Literature from Xavier University. She also holds an M.P.H. in International Health and Development from Tulane University.En 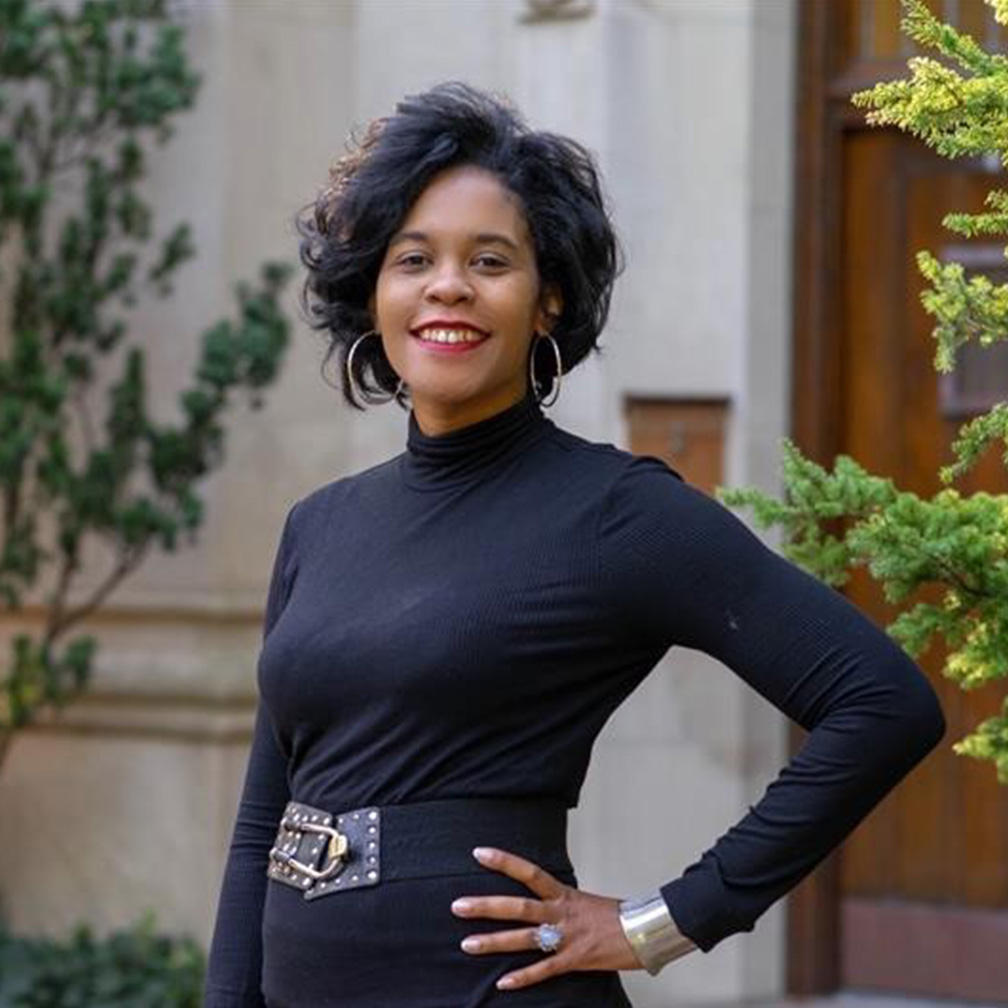 Ruth Nicole Brown, Professor and the Inaugural Chairperson of the Department of African American and African Studies (AAAS) at MSU, was the first faculty member from the College of Arts & Letters appointed as an MSU Foundation Professor. An internationally recognized leader in Black Girlhood Studies, Brown’s research documents, analyzes, and interrogates Black girls’ lived experience and explores the gender and racialized power dynamics of collectivity, particularly as it relates to Black girlhood. This innovative research has helped create the field of Black Girlhood Studies. Dr. Brown founded both Black Girl Genius Week (BGGW) and Saving Our Lives Hear Our Truths (SOLHOT) for the gathering and empowerment of Black women. As Chairperson of AAAS, she is leading the creation and development of the new Ph.D.-granting department. She has a Ph.D. in Political Science from the University of Michigan and graduate certificates in World Performance Studies and Gender & Women’s Studies. 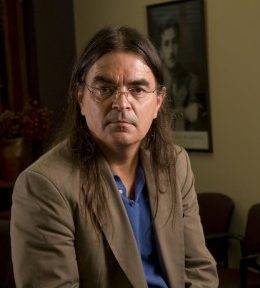 Gordon Henry is the Inaugural Audrey and John Leslie Endowed Chair in North American Indian and Indigenous Literary Studies and a Professor of 20th Century and Contemporary Literature, Creative Writing, and Native American Literature in MSU’s Department of English. As an enrolled citizen/member of American Indian tribe, the White Earth Anishinaabe Nation, he has dedicated his writing, scholarship, and life to tribal communities. Dr. Henry helped establish the American Indian Studies Program at MSU and aided in the development of the Saginaw Chippewa Tribal College on the Isabella Reservation in Mount Pleasant. He is a co-PI on a strategic planning grant for creating a digital archive of Anishinaabe literature, language, and storytelling, and his poetry, fiction, and essays are published extensively in collections of American Indian Literature in the United States and Europe. Henry has a Ph.D. in English from the University of North Dakota and an M.A. in English from Michigan State University. 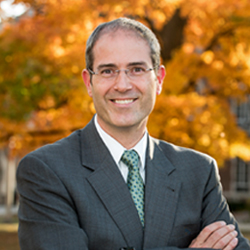 Christopher P. Long, Dean of the College of Arts & Letters and Dean of the MSU Honors College, was appointed an MSU Foundation Professor in 2021. Under his leadership, the College of Arts & Letters has established an international reputation through the creation of the Center for Interdisciplinarity, the Citizen Scholars program, the Critical Diversity in a Digital Age initiative, and the Excel Network. On July 1, 2021, he assumed additional leadership responsibilities as the Dean of the MSU Honors College where his priorities are to enhance the quality of the student experience, recruit and retain a wide diversity of high-performing students, and engage alumni and friends in strategic philanthropy that will elevate the leadership position of the Honors College. Dr. Long is the Primary Investigator, leading a multi-university research project supported by The Andrew W. Mellon Foundation, to improve the teaching of less commonly taught languages with the Big Ten Academic Alliance. He also is co-PI for the Mellon-funded HuMetricsHSS, an initiative for rethinking humane indicators of excellence in academia. He received both his Ph.D. and M.A. from the New School for Social Research in New York and previously held positions as Associate Dean for Graduate and Undergraduate Education and Professor of Philosophy and Classics at Pennsylvania State University. 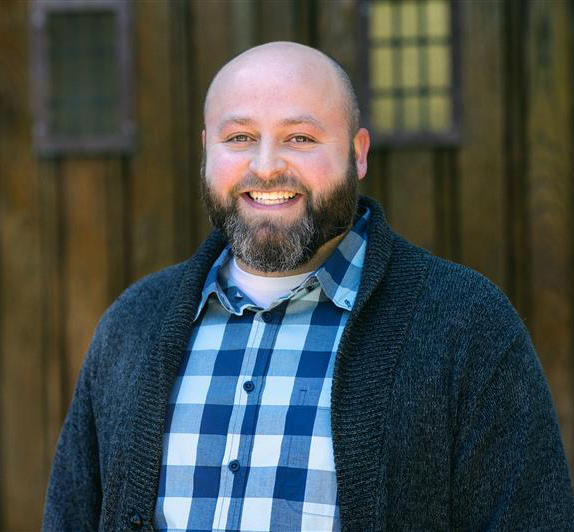 In addition to his appointment as the Inaugural Foglio Endowed Chair in Spirituality, Morgan Shipley also serves as an Associate Professor of Religious Studies at MSU. His research focuses on new religious movements, western esotericism, and alternative spirituality in America, specifically through analyses of popular culture, social movements, political practices, and identity structures. He is the author of Psychedelic Mysticism: Transforming Consciousness, Religious Experiences, and Voluntary Peasants in Postwar America and co-editor of The Silence of Fallout: Nuclear Criticism in a Post-Cold War World along with a wide repertoire of publications in peer–reviewed journals, edited anthologies, and encyclopedias. He has a Ph.D. in American Studies from Michigan State University, an M.A. in Social Sciences from the University of Chicago, and a B.A. in Political Science from DePaul University. 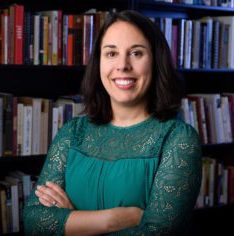 Professor Simon holds the William and Audrey Farber Family Chair in Holocaust Studies and European Jewish History, participating in James Madison College, the Department of History, and Jewish Studies. Her research examines victim representations of perpetrators in Yiddish diaries written in the Warsaw, Lodz, and Vilna ghettos during World War II. Dr. Simon completed her PhD at Indiana University in European History and Jewish Studies. She is the recipient of a Saul Kagan Claims Conference Fellowship as well as the Leon Milman Memorial Fellowship at the United States Holocaust Memorial Museum in Washington, DC where she also worked as a researcher on a new digital humanities project. Her teaching focuses on a holistic and inter-disciplinary approach to history that incorporates a variety of areas, including historiography, film, literature, public history, and testimony. 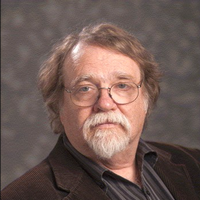 Professor, Department of Philosophy and Community Sustainability and Agricultural, Food and Resource Economics

Paul B. Thompson holds the W.K. Kellogg Chair in Agricultural, Food & Community Ethics at Michigan State University, where he serves on the faculty in the departments of Philosophy, Community Sustainability and Agricultural, Food and Resource Economics since 2003. He is the author or co-author of over two hundred articles in refereed journals or scholarly books. His book From Field to Fork: Food Ethics for Everyone was published by Oxford University Press in 2015. It won the “Book of the Year” award for 2015 from the North American Society for Social Philosophy. His book The Spirit of the Soil: Agriculture and Environmental Ethics was released in a revised and updated second edition in 2017. Thompson has served on advisory boards at the U.S. National Research Council, the U.S. National Academy of Engineering, Genome Canada and for numerous academic journals, including Environmental Ethics and Agriculture and Human Values. His honors include fellowships from the Council on Foreign Relations, the Hastings Center and Yale University, and he is a two-time winner of the Agricultural & Applied Economics Association’s Award for Professional Excellence in Communication.
View Full Bio
View Article 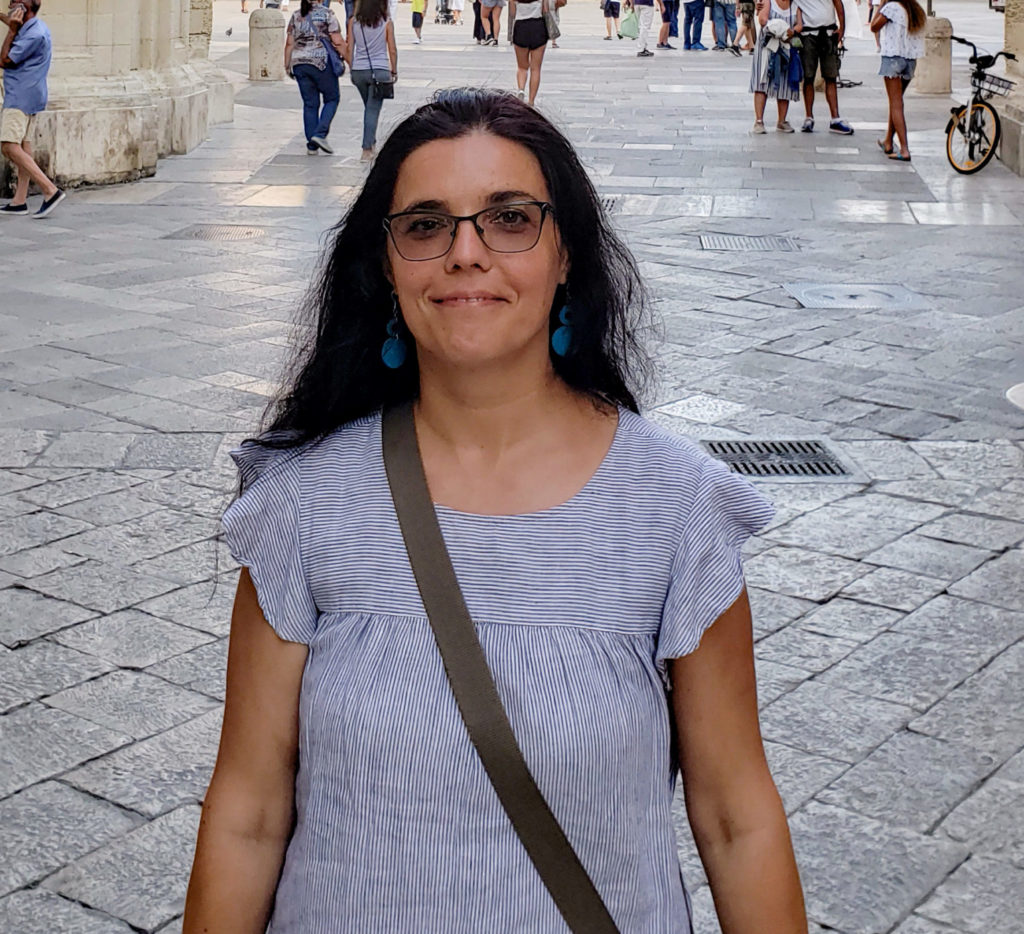 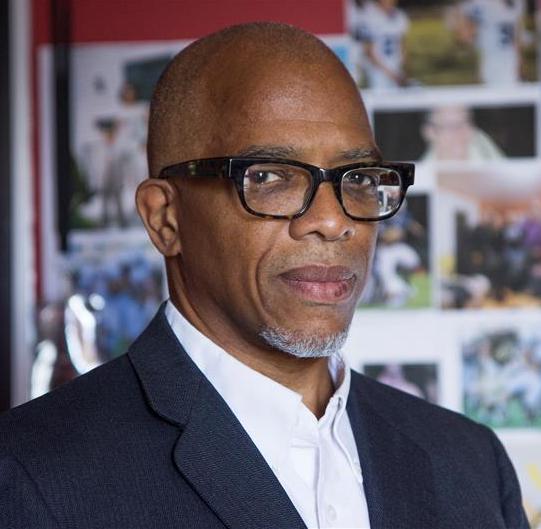 Timnick Chair in the Humanities

Jeffrey Wray, Department of English Professor and Associate Chair of Undergraduate Studies, was appointed Timnick Chair in the Humanities in 2021. An accomplished filmmaker, screenwriter, and educator, he has created a career that unites the arts and humanities with activism and who continually draws inspiration from his students. Wray has served as a core faculty member in MSU’s Film Studies program since 2002. He also developed curriculum for the Fiction Filmmaking minor. He has received numerous awards recognizing his outstanding teaching including MSU’s William J. Beal Outstanding Faculty Award (2019), Excellence in Diversity Award (2017), and the Paul Varg Excellence in Teaching Award (2016). Wray is an accomplished filmmaker who makes films about Black perspectives and Black experiences that have been screened across the United States and abroad.